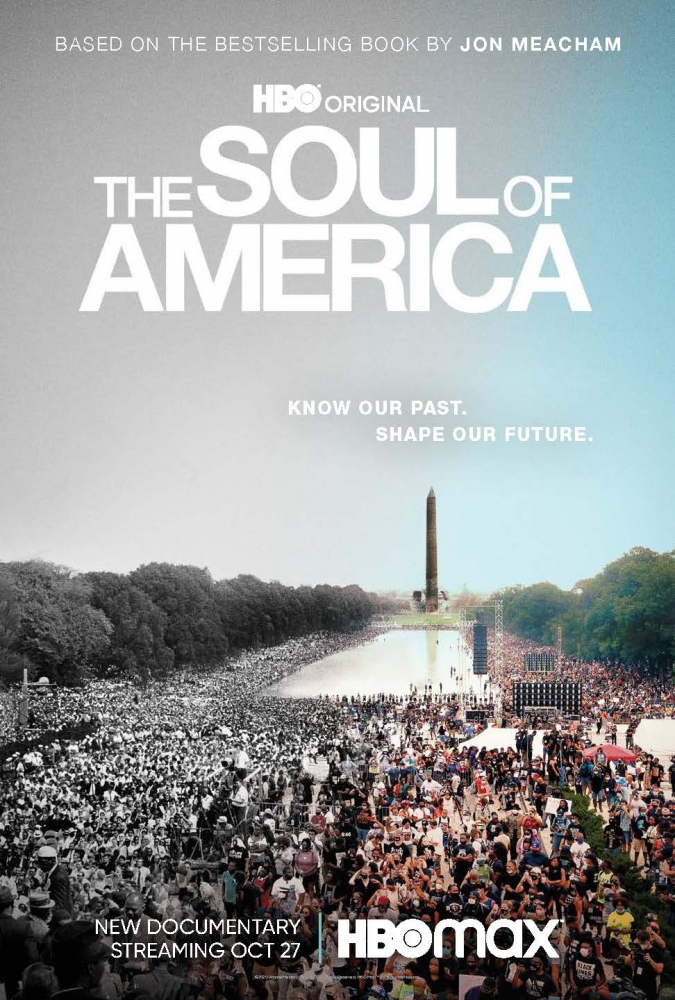 THE SOUL OF AMERICA, debuting TUESDAY, OCTOBER 27 (9:00-10:17 p.m. ET/PT), follows writer, journalist, historian and prolific presidential biographer Jon Meacham as he offers his timely and invaluable insights into the United States’ current political and historical moment by examining its past.

The film will be available on HBO and to stream on HBO Max.

Based on Meacham’s 2018 bestseller, The Soul of America: The Battle for Our Better Angels and produced by Kunhardt Films (Emmy® winner for HBO’s “True Justice: Bryan Stevenson's Fight for Equality”), the film illuminates our current fraught political reality by exploring historical challenges of the past, such as the women’s suffrage movement, the incarceration of Japanese Americans during World War II, McCarthyism and the struggle to pass Civil Rights legislation in the 1960s – all instances in which “our better angels” battled against the forces of hatred and division that are recurring themes in American life. The film also chronicles Meacham’s life and career as a journalist and Pulitzer Prize-winning historian as he shares his insights into America’s past and present.

Part political documentary, part biography, the film interweaves archival material and interviews with Meacham along with insights from journalists, academics and civil rights activists. Focusing on pivotal moments in our history that reflect America’s longstanding struggles with racism, sexism and xenophobia, Meacham demonstrates how we continue to confront animosity in American politics, economic anxiety, isolationist and nativist tendencies and conspiracy theories. Helping us to better understand the parallels between current events and their historical antecedents, THE SOUL OF AMERICA ultimately gives hope that the lessons of the past may bring the nation closer to achieving its democratic ideals.